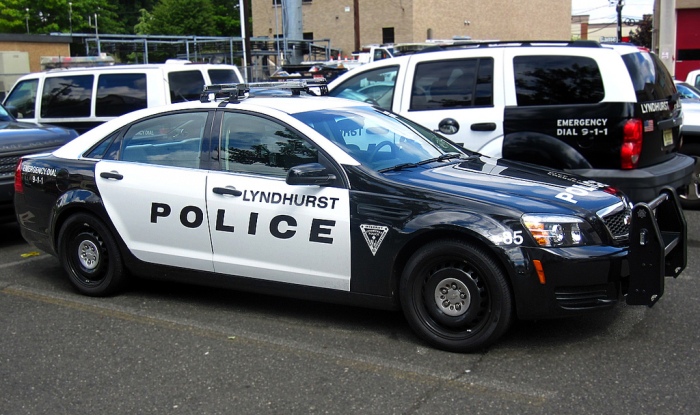 An officer of the Lyndhurst police was victim of a crime himself this Christmas time.

Christmas is a time of the year that usually provides us with the better stories. Some beautiful, some sad and some just plain crazy. This one from the suburban city Lyndhurst near Cleveland (USA) is a good example of a tale from the last category. A drunk man who was held by the police managed to steal the wallet from one of the officers. The cops actually let him go without noticing his act of piracy or confiscating his plunder. Not until later that night the drunk robber called the police to confess his deed and in the spirit of Christmas return the wallet to the rightful owner.

To be fair, the incident, as reported by the Lyndhurst police, actually occured just before Christmas on Saturday the 22nd of December. At 4.45 p.m. this police department received a report of an intoxicated man (55) causing a disturbance at a grill restaurant at Landerbrook Drive. The officers that arrived to the scene put the drunkard in the back of their car as they were waiting for his wife to come and pick him up. As the cops waited outside their vehicle Drunky McDrunkard managed to reach through the hole in the cage that seperates the front and back of the car and steal the wallet of one of the officers. Only to return it a few hours later.

Unfortunately we still have a lot of unanswered questions.As it’s not clear if the detainee got punished extra for this crime or they let him off the hook because of his honesty later on. But even more interesting would be to know the motives of our drunk mugger. Was he hoping to pay possible fines the police would give them out of their own pocket? Did he wanted to reward his sweet and loyal wife with the greatest Christmas present a cop salary can buy? Or is he simply a number 30 on our list of 33 types of drunk people? We’d love to find out more, but even without the incident makes a lovely Christmas story.

Similar articles on Lords of the Drinks:

Drunk driver on the run pretends to be an owl