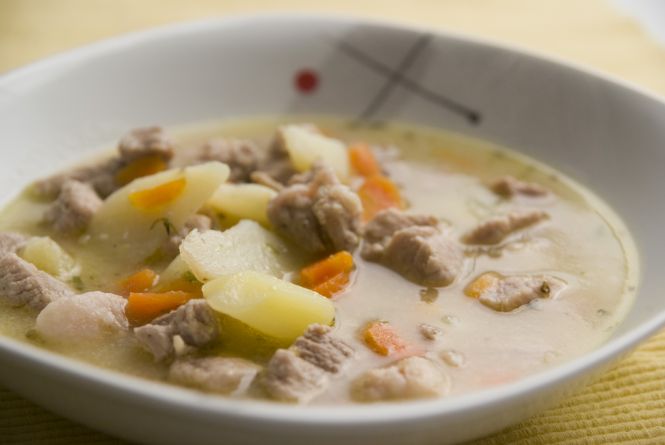 We already gave you some tips and tricks to get rid of your hangover. But every country has its own traditional dishes to make the process go faster. We like to give you a taste of the international anti-hangover cuisine. And in this episode we return to the Balkans, a peninsula in Europe that is known for its amazing food and alcohol culture. The dish we’ll discuss is called kisela juha, a sour soup with pork meat that is quite popular in Croatia and the neighbouring country Slovenia. As beer, wine and rakija are poured often and in large amounts in these countries proper hangover food is a must. Feel free to try the effect!

After hangover cures from Greece, Bulgaria, Albania, Serbia and Bosnia and Hercegovina we now arrive in the most Western part of the Balkans and former Yugoslavia. Like those countries the national strong drink in Croatia is also rakija. Traditionally every family has one or a few members who make this drink themselves. The country also has several fine beers and the it’s rapidly growing as a true wine region. You wouldn’t be the first tourist to be a victim over “overserving”, so if you wake up with a massive hangover, find yourself a place with kisela juha (sour soup) on the menu. Or you can just try to make it yourself at home. Here’s how…

Preparation:
Cut the pork meat and onion into pieces and put them in a large cooking pot with a good lump of butter. Fry them for a few minutes while you mix in the flour and the vinegar. When the whole thing is properly mixed you can add the 3 liters of water. Now cut the potatoes and add them together with the salt, pepper corns, hot pepper (in pieces) and bay leaves. Let the soup cook for about an hour. Last but not least you throw in the slices of carrot. Let it cook for a little longer, but switch off the stove before the carrots lose their bite.
Serve the soup with sour cream seperately, so people can add to taste, as well as the typical condiment Vegeta.