“A Village Revel”, a typical painting by Jan Steen.

In our series of historical drunks we usually speak of people in world history who did great things despite the fact they were hammered most of their days. This time we honor a man who turned the drunken mess around him into true art. Jan Steen (1625/1626-1679) was from the same generation of Dutch painters as the famous Rembrandt van Rijn. These artists who operated in the so called ‘Golden Age’ of The Netherlands were also known as ‘The Dutch Masters’. And even though Rembrandt might be more famous all over the world, we’d like to focus on Jan Steen, who made drunk people his trademark.

Steen was born in Leiden, where he also studied just like Rembrandt van Rhijn. Now in these days most painters of his generation had to earn their money by making paintings for rich people. Like the famous painting The Night Watch. But Steen, an excellent  drinker himself, decided not to paint posing big shots. He captured the everyday life of the common people, usually with a lot of humor. Almost every painting of him shows a drunken mess. In a way you can say he was the inventor of the drunken party photo’s.

Below is a selection of his work, which we are sure you’ll enjoy a lot. So forget Rembrandt van Rijn, forget Vincent van Gogh and forget Piet Mondriaan. For us Jan Steen is the biggest of all Dutch Masters and if there’s ever a chance to see his work in real life it’s an absolute must. Enjoy.

“As the Old Sang” 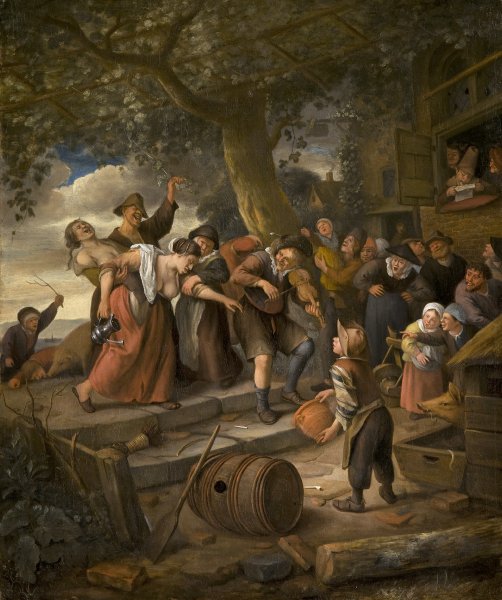 “Who’s a pig must go to the pigsty” 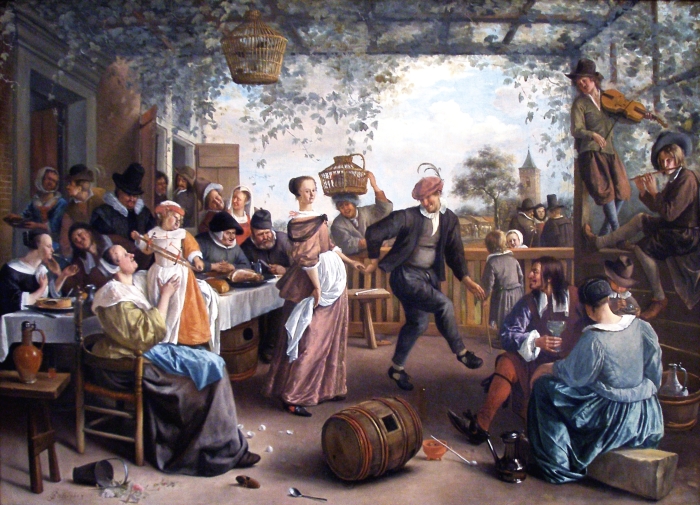 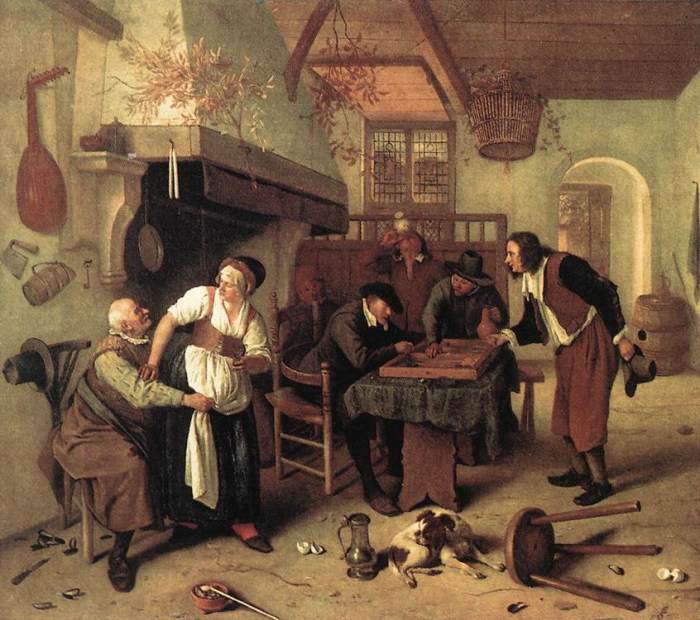 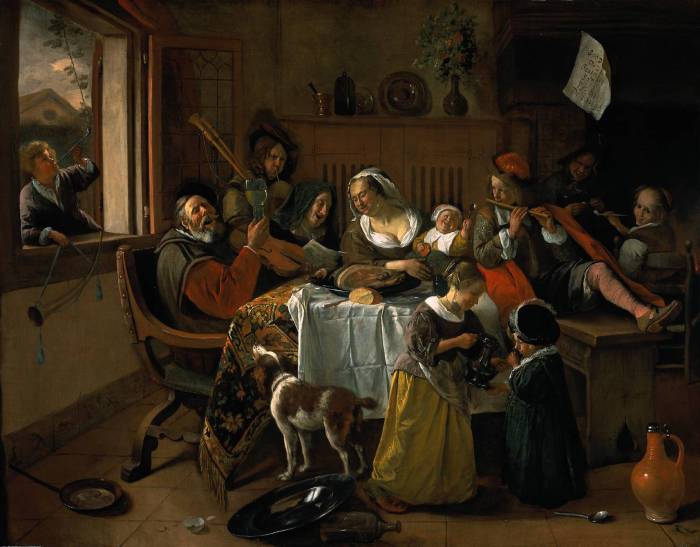 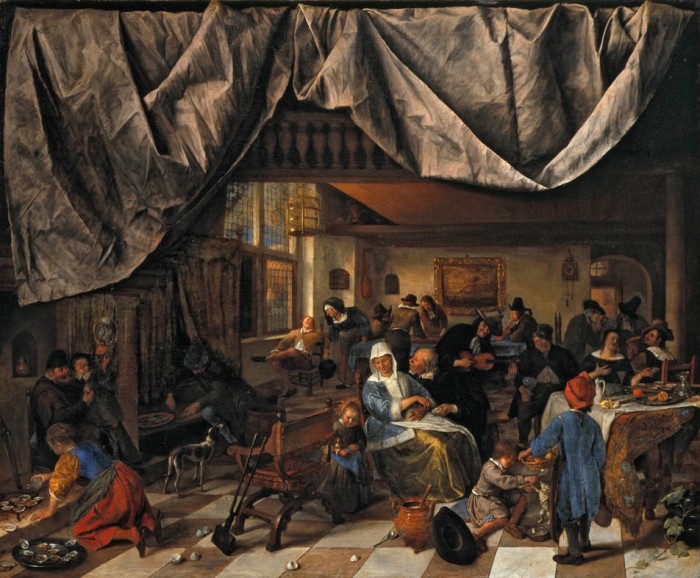 The Life of a Man. 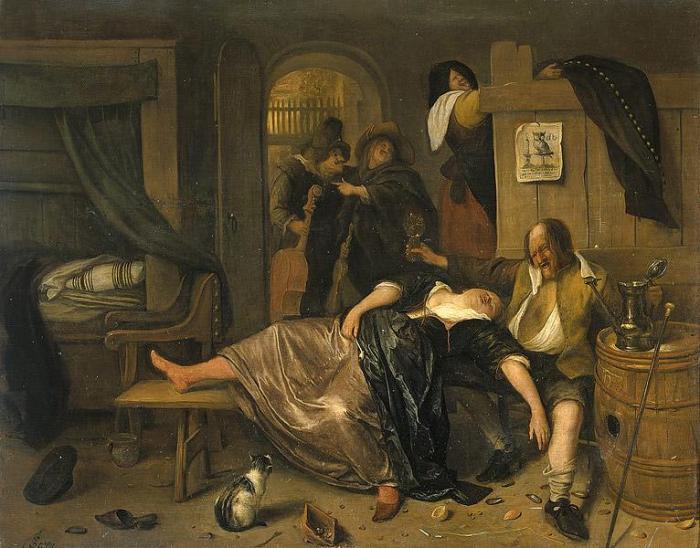 Party of the “Chamber of Rhetoric” near to a City Gate.

Dancing farmers in front of an inn. 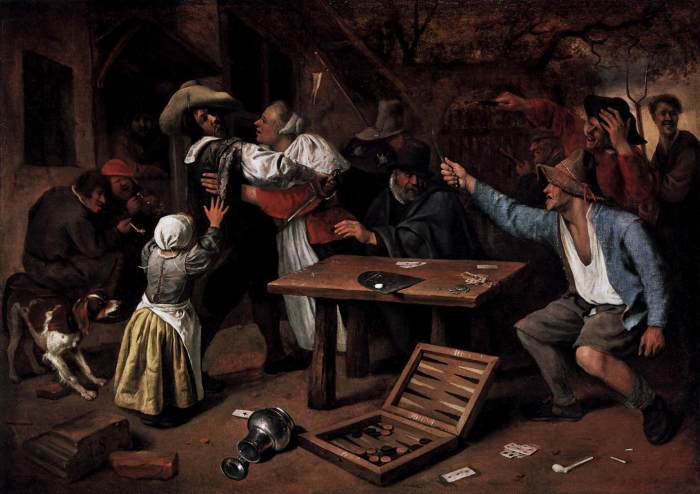 Argument over a card game. 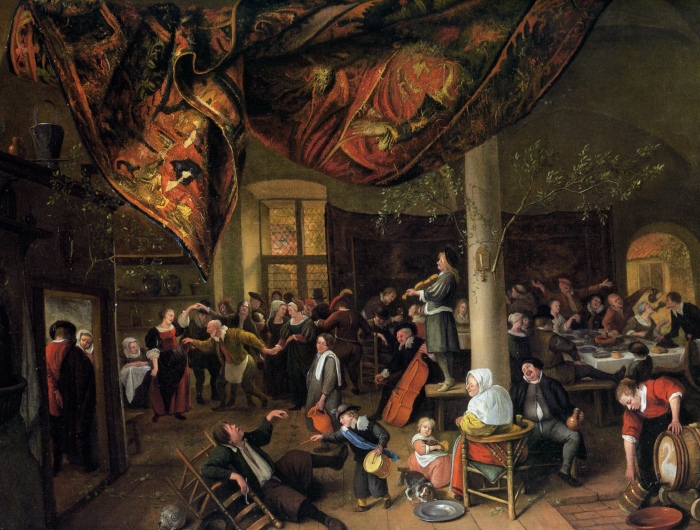 7 thoughts on “Jan Steen, the true Dutch master of the Rembrandt period”