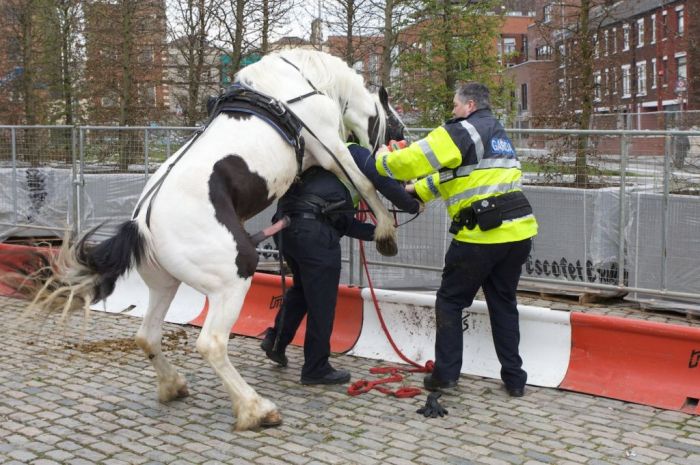 As you might have noticed at LOTD we are not a big fan of authority. When we party, we party hard, but we never try to hurt others while doing so. Unfortunately our good intentions a lot of times are misunderstood by the old bill. In a society that gets more and more uptight, who are the ones who usually spoil the fun? Right, the police. By closing down parties, spoiling football games, handing out fines or just taking away your buzz with their moralistic bullshit. Well today it’s the 13th of December, or 13.12 as we say in Europe. Since these numbers transformed in letters of the alphabet spell A.C.A.B. (All Cops Are Bastards), in many countries the 13th of December is celebrated as A.C.A.B. Day. And since we’re always looking for good excuses to drink, we checked out this phenomenon.

If you take a look at the social media, you’ll see plenty of messages regarding A.C.A.B. Day. But how do you celebrate this day? Well, with booze of course. Remember to start off with at least a cola and a beer. Get it? A Cola A Beer. In Holland these numbers are slightly higher and one has to order Acht Cola Acht Bier, which is of course eight of both beverages. A funny story dates back from 2009, when a 30-year old man of the Dutch city Groningen was arrested for having A.C.A.B. tattooed in his neck. According to the police this was a major insult, but the man defended himself by saying the letters stood for the aforementioned drinks order. Since that moment many people all over the world have been fined for wearing shirts and caps with A.C.A.B. on it. A popular English explanation of the four letters is Always Carry A Bible.

Now don’t think with this post we are calling on people to riot or anything like that. And maybe we’re just a little pissed off after reading about the idiotic ideas of the English police regarding drunk tanks yesterday. But if you ever had a fine that you feel you didn’t deserve. Simply because the police officer in charge lacked a sense of humor. This is the moment to raise a glass with your mates. And if things do get a little wild later that night and you find yourself cuffed and about to make a one way trip to the police station, you can make a stronger statement by ‘lawyering’ your hosts. Let’s hope we managed to finish this post without any legal offenses. And if not you can expect a nice post on homemade liquor in prison in 3 to 5 months. Happy ‘A Cola A Beer Day’ guys, cheers!

Related articles on Lords of the Drinks:

Drunk couple ends up having sex in cops car