Beer and sex are a perfect combination according to sexologist Dr. Kat van Kirk.

Catchy header ey? Must have been made up by a man who was searching for a new way to excuse his alcohol intake to his wife, right?  Wrong! This is one of the main conclusions from Dr. Kat van Kirk’s new book The Married Sex Solution: A Realistic Guide to Saving Your Sex Life. In her writing, this female (!) sexologist and marriage therapist gives four reasons why married men should drink beer to boost their sex life, and with that maintain a healthy relationship with their wives. Let’s have a look at them.

Beer makes men last longer
Beer contains a compound that has been scientifically proven to make men last longer in bed. Here’s how it works: It’s all about the plant compounds found in beer called phytoestrogens, also known as dietary estrogens. They overload the body and with that they can delay an orgasm.

Darker beers for easier and more erections
Of course any beer is good, but darker beers can help a man get easier and more erections better than light beers, because they contain more iron. Since iron increases the number of red blood cells and overall circulation to the penis, men who drink dark beers will be in the mood for sex more often. Unsatisfied women, you now know what to buy! 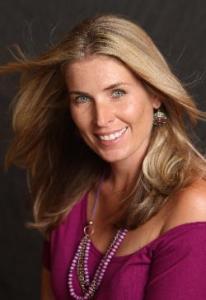 Beer is great for the heart and stamina
At this point Dr. Van Kirk based her theory on an Italian study at Fondazione di Ricera e Cura from 2011 that moderate beer drinking is quite healthy. The study concluded that daily beer drinkers have more stamina than non-drinkers, plus a pint a day is extremely good for the heart. A single beer a day reduces the risk of a heart disease, heart attack or stroke by a stunning 31%. And since a healthy heart and a good stamina are vital for an exciting sex life, you better grab yourself that beer.

No upset stomach during sex
Nothing can kill the mood during sex like a big old fart. Or when you lose all focus when you’re desperately trying to hold them inside. Once again the answer is dark beer, since it contains probiotics and B vitamins, which adds to a healthy digestive system. Van Kirk: “This means it can help fortify your overall health and be better on your stomach so you won’t feel sluggish during sex.”

So there you have it. Guys, next time your wife gives you crap like “Another beer, really?”, just tell her it’s all for her pleasure and you are just very dedicated to work on your relationship. The doctor has spoken, cheers!

More posts on alcohol and science