A good glass of craft beer beats the big brands every day of the week.

A while back we ‘roasted’ some of the largest and popular beer brands on the planet, because, well, let’s face it: they suck. But it’s always easier to give critique than it is to give compliments. That’s why we’re glad that one of our readers got behind his computer and wrote an ode to craft beer. With 10 valid points Tony Bod gives an answer to the question: ‘What to do as all my favorite beers get shittier?’ Please enjoy this guest post.

If you’ve been drinking the mass marketed lager beer produced by major breweries for a long time, you should try out craft beer. Craft beers are made by small local and independent brewers who work hard to create rich, unique, flavours that the macro brewers hardly ever achieve in their large breweries. Here are 10 good reasons why you should drink craft beer.

1. Better Taste
Craft beer has a richer and more distinct taste than watery mass produced beer. Most craft brewers are passionate about the taste and flavour of their beer. So they invest the time and energy required to maintain or improve the quality of the beer instead of concentrating on huge marketing campaigns.

2. Greater Variety
Craft beer gives you more choices than the common larger beers sold by major brewers. In Australia, there are thousands of delicious craft beers with every craft brewery striving to create a unique blend of ingredients to give you a beer you can talk about. In fact, a recent competition and customer survey produced a list of the best Australian craft beers that you should try out first.

3. Health Benefits
Craft beer offers some important health benefits because it contains antioxidants, protein, and vitamin B complex. It is a good source of silicon and some recent scientific studies show that hops could act as a barrier against gradual decline of the brain’s cognitive functions. Drinking craft beer regularly (with moderation, of course) can provide these benefits because of the high quality ingredients used to brew it.

4. Better Conversations
Any time you go out to drink craft beer with your friends, you will have a chance to start off a good conversation about the taste and quality of the beer. This can then lead to other intelligent discussions about the style, origin, ingredients, and other interesting features of the type of beer you are drinking. Start drinking craft beer and say bye-bye to boredom!

5. More Alcohol
Most craft beers will offer you more alcohol by volume (at least 5 to 10 percent) but some even provide up to 20 percent. Unfortunately, beers from macro breweries seldom offer you more than 2.5 percent. That’s why they are typically called mass produced ‘beer water’. Hence, you will need fewer pints of craft beer at each drinking session. 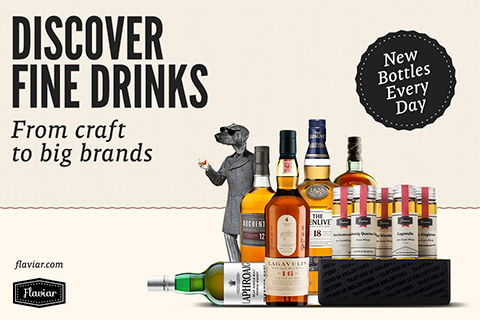 6. Lower Cost
Most craft beers are at least twice as strong as the “beer water” sold by big breweries. So typically, you will need to consume about 4 to 6 watery lager beers in a single drinking season. But if you drink craft beers, you will enjoy the strong high quality taste in a porter, stout, IPA or pale ale. So you will not need to consume more than 3 pints before you are satisfied. This will also reduce the pressure on your bladder and you will make fewer trips to the bathroom.

8. A Beer for Every Season
During winter, fall, or spring, you can get craft beers that are made primarily for that season. Instead of drinking the same boring watery beer throughout the year, why don’t you drink something refreshingly different during each season, like aged barrel stout during winter and the exceptional pumpkin beer during fall.

9. Supporting the Local Economy
Drinking locally made craft beer helps you to support the economy of the community where you live. You will help the local farmers and create more employment opportunities in your locality. In addition, most craft breweries also fund local charities and help to host local events. So you should drink craft beer to help your community to thrive.

10. Environmentally Friendly Brewing
Most local brewers work hard to maintain environmentally sustainable practices. They practice composting, offer spent grain to local farmers and even use alternative sources of energy. Craft breweries are more concerned about eco-friendly practices than making a huge amount of money. Also, each time you fill your keg or make use of a reusable growler, you are helping to reduce waste.

Those are some of the most important reasons why you should start drinking craft beers. With the exceptional taste, high quality ingredients, lower cost and impact on your local community, you have many reasons to be a proud craft beer drinker.

13 Common mistakes to make with homebrew

The Legend of Gambrinus, the King of Beer