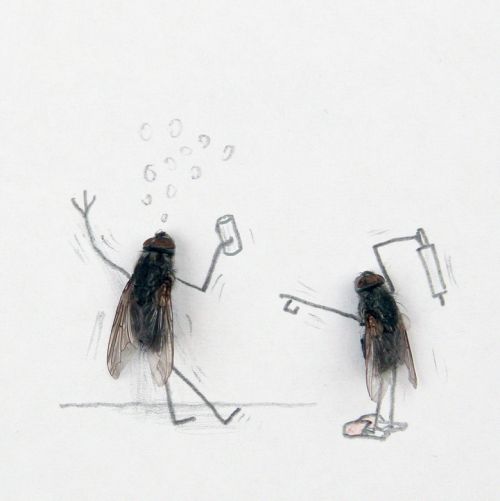 Flies love boozing just as much as the next one.

It’s time for a drinking joke again. Not to give away the clue just yet, but when an Englishman, a Scotsman and an Irishman walk into a bar at the same time, it should lead to a funny situation. So enjoy!

An Englishman, a Scotsman and an Irishman walk into a pub and order a pint of beer each.
Right after they’ve been served, three flies come and each of them land in one of the glasses.
The Englishman looks disgusted, pushes his beer aside and calls for another one.
The Scotsman doesn’t look too pleased either, but he takes out the fly and takes a big sip of beer.
The Irishman looks most irritated of all, reaches into his glass, pinches the fly in between two fingers while yelling: “spit it out, you bastard, spit it out!”

More drinking jokes on Lords of the Drinks

3 thoughts on “Joke: The fly in the beer”