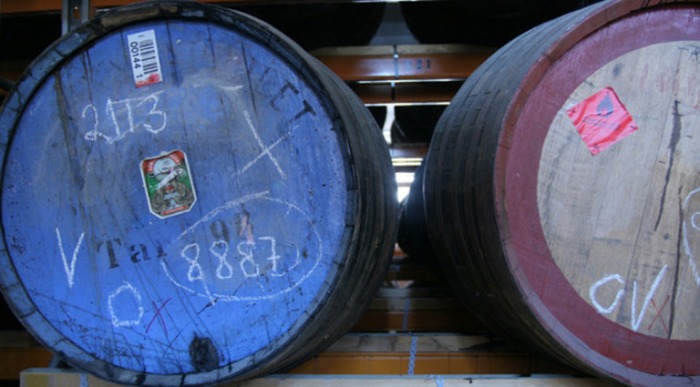 Linie aquavit is taken half way around the world and back to Norway in oak barrels to give it it’s unique flavour.

Although Norway has quite an absurd alcohol policy these days, the country has an amazing history where it comes to booze. Of course the drinking sessions of the Vikings are legendary but that’s not all.  The most interesting drink is a version of the national strong drink aquavit that goes by the name  linie aquavit. For 200 years barrels of regular aquavit are taken over the equator and back by ship to give it a unique flavour. Even modern scientists have not been able to figure out what part of the boat trip makes the drink so much better or simulate the conditions back in Norway in a satisfying way.

Like many great inventions linie aquavit was discovered by accident in the early 19th century. The original strong drink from Norway was just called aquavit, the Latin name for most strong drinks aqua vitae, or water of life. Aquavit is distilled from potatoes. The kind called linie aquavit contains about 60% alcohol. Many herbs and spices are used to bring flavour to the drink. It’s also kept in 500 liter oak barrels that were previously used for sherry to add color and flavour, all  according to the original recipe.

Which brings us back to the discovery of linie aquavit. In 1805 brother and sister Heinrich and Catharina Meincke loaded a brig full of typical Norwegian products to sell in the Indonesian capital Batavia (nowadays Jakarta). Besides stockfish, hams and cheeses they also took 5 barrels of aquavit. In Batavia,  which was then under Dutch rule, it was easy to sell the northern European food. However the Meinckes didn’t manage to sell their booze. In the warm environment of Indonesia people weren’t interested in such a drink and they rather had rum or liquor distilled from coconut milk.

And so the Norwegians had no other option than to take their barrels of aquavit back to Norway. When they arrived back in Trondheim in 1807 it was a lot easier to get rid of their aquavit. The people who tasted it were amazed since the drink tasted quite different than the aquavit they knew, a lot better in fact. It was clear that something during the boat trip had influenced the flavour but nobody could tell what actually made the difference. The ocean air, the tropical humidity and temperature, the waves or a combination of all factors. 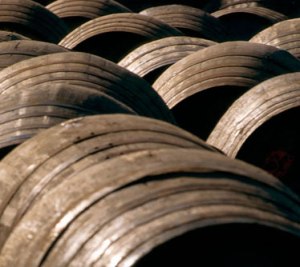 Barrels of aquavit waiting to be shipped in.

In 1821 Jørgen Lysholm,  a nephew of the Meinckes,  started his own aquavit distillery  and  had barrels shipped in for South American trade missions with the sole intention to get them back as linie aquavit. Linie is the Norwegian word for line and in this case obviously it referred to the equatorial line that the booze had topass twice. Lysholms initiative was an instant success and a tradition was born.

Until today scientists have not found an alternative for these boat trips to create linie aquavit. And that’s why at this very moment there are ships with barrels of Norwegian booze crossing the equator. No longer on sailing boats but the aquavit is still stored in oak barrels for a journey that takes them past 35 countries in 19 weeks. So even with all it’s retarded restrictions and taxes, Norway is still a nice country for alcohol tourism. Even if it’s just for the linie aquavit.

Becherovka, the drink that’s a medicine too

Kumis, the traditional drink of Gengis Khan and Attila the Hun

8 thoughts on “Linie Aquavit, the Norwegian drink that gets it’s unique taste from crossing the equator”