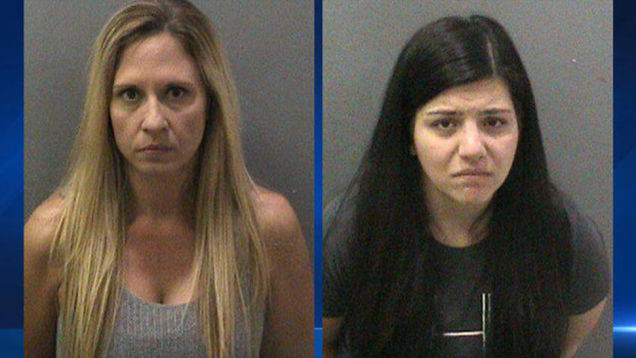 The mugshots of Melody Lippert (left) and Michelle Ghirelli.

Both teachers taught at South Hills High in Orange County in the state California. According to NBC Los Angeles in November first Lippert went on an overnight trip to the beach with minors. She bought them alcohol – which is illegal for people under 21 in the United States – and had sex with one of them. On the second trip several weeks later she took her colleague Ghirelli. Again they took care of the alcohol and both teachers had sex with more students.

Both women were arrested after other teachers caught up on the rumors in school. Lippert, whose sexpartner was 18, was charged with conspiracy and contributing to the delinquency of a minor. Ghirelli was charged for having sex with a minor. Both were released after questioning and are now on a paid administrative leave. Maybe they can use this free time to relax a little, at the beach for example.

Simular articles on Lords of the Drinks:

Drunk drivers end up having sex in cop car

Australian man kills his friend over a few beers